WASHINGTON, May 21 (Xinhua) -- U.S. President Donald Trump on Thursday said the United States is withdrawing from the Treaty on Open Skies, the latest move to abandon a major international arms control agreement.

"Russia didn't adhere to the treaty, so until they adhere we will pull out," Trump told reporters at the White House when asked about the decision to withdraw from the treaty.

"But there is a very good chance we will make a new agreement or do something to put that agreement back together," Trump added, without elaborating. 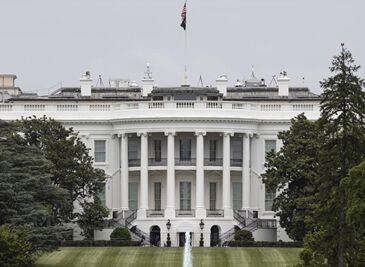 The Washington Post reported that Christopher Ford, assistant secretary of state for international security and noNPRoliferation, would inform Moscow of the decision during his Thursday's lunch with Russian Ambassador Anatoly Antonov.

Analysts noted that the U.S. pullout, rumored for months, would cause grievance among European allies who are also participating in the treaty. The withdrawal would formally take place in six months, based on the treaty's withdrawal terms.

The treaty, which became effective in 2002, allows its states-parties to conduct short-notice, unarmed reconnaissance flights over the others' entire territories to collect data on military forces and activities.

Currently, 35 nations, including Russia, the United States, and some other members of the North Atlantic Treaty Organization, have signed it. Kyrgyzstan has signed but not ratified it yet.

The treaty is aimed at building confidence and familiarity among states-parties through their participation in the overflights. Over 1,500 Open Skies flights have been conducted since the deal entered into force in 2002, according to media reports.

The United States and Russia have blamed each other for noncompliance with the treaty. Washington and Moscow have each put a few limits on flights over their territories -- Hawaii and some other U.S. bases have been off-limits, as have Kaliningrad, among others, according to media reports.

It was the latest in a string of moves by the Trump administration to withdraw from a major international treaty. Washington abandoned the Intermediate-Range Nuclear Forces Treaty with Moscow last year.

The pullout of the Treaty on Open Skies further raised doubts over whether the Trump administration would extend the New Strategic Arms Reduction Treaty (New START), the last remaining nuclear arms control treaty in force between Washington and Moscow.

The New START, which expires next February, can be extended for at most five years with the consent of the two countries. Russia has expressed willingness to extend the treaty, while the Trump administration has yet to officially reply.