The remarks were made during the 30th emergency session of the APU, which convened representatives of 20 Arab countries in Amman, capital of Jordan.

At the meeting, Jordan's Lower House Speaker Atef Tarawneh said the Palestinian issue is facing its most difficult conditions, especially as the Israeli occupation is protected by the biased U.S.. 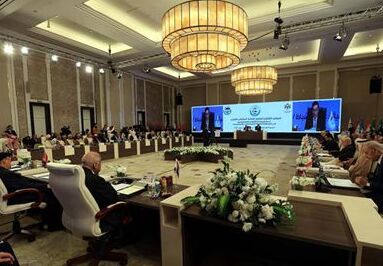 Tarawneh, who is also APU president, called for forming an "Arab rejection front" that eliminates division and embraces unity.

He added that there will be no future for any solution that is rejected by Palestinians. He noted that no solution is viable without an independent Palestinian state on its national soil on the pre-1967 lines, with East Jerusalem as its capital.

Chairman of the Palestinian National Council Salim Zanoun said that solutions mentioned under the U.S. deal are destructive and rejected as they neglect the right of return for Palestinian refugees and recognize Jerusalem in its entirety as a capital for Israel.