ROME, March 18 (Xinhua) -- Numbers for both new deaths and new cures from Italy's coronavirus outbreak released Wednesday are the highest on record, as health officials scramble to find enough doctors to confront the outbreak's spread.

According to data released Wednesday by Angelo Borrelli, head of Italy's Civil Protection Department, a total of 475 Italians died in the last 24 hours from COVID-19, the disease caused by the coronavirus. Another 1,084 people were cured over the same span.

Both figures were the highest one-day recorded since the virus outbreak began in Italy last month. 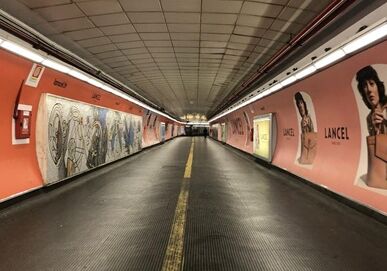 The coronavirus epidemic has claimed 2,978 victims in Italy as of Wednesday evening, with the cumulative coronavirus cases reaching 35,713 since the epidemic broke out on Feb. 21.

Italy, which recorded the most cases outside China, currently reported 28,710 active coronavirus cases, compared to Tuesday's 26,062.

"We must continue to monitor the situation and assume that as the effects of the national lockdown are reflected in the statistics we will start to see a more significant slowdown," Borrelli said. "We have to do more in Italy to limit the movement of residents to stop the spread" of the virus.

Health officials across the country are scrambling for ways to put more doctors in the field to help contain the outbreak.

On Wednesday, officials in the hard-hit region of Lombardy, which includes Milan, appealed to recently retired health workers to return to work to relieve over-worked colleagues.

A day earlier, Minister of University and Research Gaetano Manfredi proposed letting soon-to-graduate medical students start work in low-pressure jobs as a way to let experienced colleagues work on the front-lines of the outbreak.

But there was some good news on Wednesday.

Vo, a small town near Venice in northern Italy, reported the successful outcome of a test case in which the entire population of 3,300 people was tested for coronavirus whether they showed symptoms or not and a strict quarantine was imposed. According to news reports, the town -- which was near the center of the first wave of infections in Italy -- has shown no new cases since Friday.

"The testing was vital and it saved many lives," mayor Giuliano Martini is reported as saying.

Testing may soon become easier as well. Researchers at the Campus Bio-Medico Polyclinic in Lazio, the region that includes the Italian capital of Rome, reported Wednesday that they have begun using an artificial intelligence diagnostic system first used in hospitals in Wuhan, China, where the coronavirus first emerged.

The system used analysis of a CT scan of the lungs to make a coronavirus diagnosis in as little as 20 seconds with an accuracy rate of 98.5 percent. According to Alessio D'Amato, the Lazio government's top health official, the system will be made available to the entire Lazio hospital system.